Determine if the oil leak is the result of a frozen PCV system by inspecting the PCV system, dipstick, and engine oil fill cap for signs of ice, moisture or sludge build up. If a leaking rear main oil seal is found in warmer climates, this information does not apply. If a frozen PCV system is found, follow these steps: ​
​ 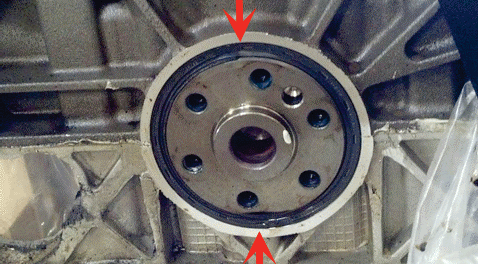